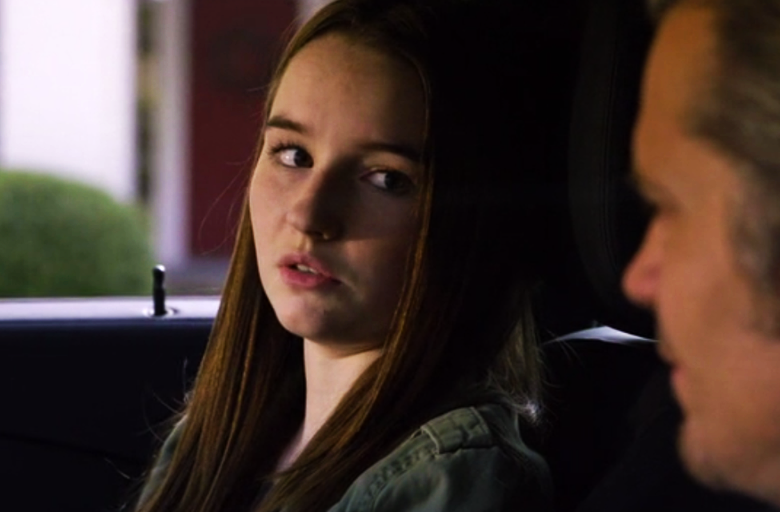 by Aaron Wrotkowski posted on
0

It wouldn’t be Justified without a blender mix of past, present and future.

The past comes in the form of Loretta as a lovely reminder of season two as she’s once again getting her hands in the wrong business. This time selling weed with the son of a cop and getting herself tied up in none other than… Avon Barksdale!? That’s right, Wood Harris himself is in the episode a little older looking but still presenting the fact that he got the short end of the stick when it came to Wire success. Hey, I love Idris Elba but he wasn’t everything to the show. Why is Harris just doing criminal of the week appearances here? Keep your theories. When Raylan gets involved it allows him to get mixed up in Loretta’s new case worker Allison. For most, this is the show presenting a bit of unoriginality. Here’s Raylan once again looking to get mixed up with a blonde that might have a bit of a bad side to her. However, let’s not forget what happened at the end of season four. Just who is going to be the “bad” one at the end of this rendezvous? It ain’t like Raylan has been an angel as of late just because he’s now a father.

Speaking of the season four finale, it turns out that Art is sniffing about Nicky Augustine’s murder and Raylan’s involvement. It’s all due to a call from Sammy Tonin on the same night for Raylan. Just to keep the past on the radar, Raylan ends up bumping into an old friend of his father’s when trying to save Loretta and her dirty boyfriend’s hide. Can’t escape your past. He can of course enjoy a little game of bowling with Allison after some Chinese food. A good lady always appreciates a game of bowling.

Over on the Boyd side, it seems he didn’t finish the job as expected but the wife of the judge wouldn’t point him out. This gets her in a bit of trouble with the cop who was obsessed with locking up Crowder, while the shipment from the Canadian’s doesn’t make its destination. Boyd does a great job of seeming in control when he isn’t in control. A big part of that is his unflappable ability to just get out of trouble when he himself thinks it’s all over. That’s a big reason he has survived this long. Boyd knows that the consequences are just around the corner. He doesn’t worry about it.

In a delightful combination of past, present and future, Dewey gets a visit from Florida and he doesn’t look pleased. It’s his past, messing with his present, likely to ruin his future.

There’s a lot of questions you could have for where this is going to go. It feels obvious that Raylan is going to end up messing with one of the introduced blondes (will it be the Dixie Wendy Crowe or the social workin’ Allison?), much to my dismay. C’mon Raylan. The one time you met a beautiful brunette you decided she was too young. Am I the only one who remembers Jackie Nevada? Damnit. Shelley Hennig needs to make another appearance. I’m off track. It seems the one woman who’s going to give Raylan the most trouble by the end of the series (expected to be the end of next season) isn’t a woman yet in Loretta. He has a daughter now but is getting a crash course in dealing with a troublesome child. Specifically one smarter than her age than anyone gives her credit for, including Raylan. You really don’t need Rappaport’s Crowe Jr. to become a new Mags when the new Mags just needs to grow up.

To be honest, I’m just not invested in Boyd… yet. By letting him get off the hook temporarily already even though his shipment got stopped, I just don’t feel like the pressure is on him quite like it was in the first episode. I felt a good high at the end of A Murder of Crowes (I totally botched the title last review) but now it’s a serious dip. Maybe that’s the show preparing me for a rollercoaster in the Boyd Crowder story? I don’t know. Just not invested yet. Can’t let the expectations of the past raise my expectations for the present instead of waiting for what’s to come in the future.

Want to discuss the review? Hit me up on Twitter @AaronWrotkowski or send me an email aaron@wrotkowski.ca Have a good one.

Next articlePhilip Seymour Hoffman and “It’s just a celebrity”